There’s a lot going on right now and god knows we’re all just trying to get through each day as unscathed as possible. No doubt this will all be reflected in the choices we make for the Blog Collab over the coming month(s).

So this week we’re doing Quarantine movies, starting with Contagion… KIDDING. Kidding! Can you imagine?

No, we’ve picked a children’s movie that no doubt has something to offer everybody, something I couldn’t be more happy with. I’m spending most of my quarantine feasting on nostalgia on the new Disney + channel or ridiculous horror (not you zombies). 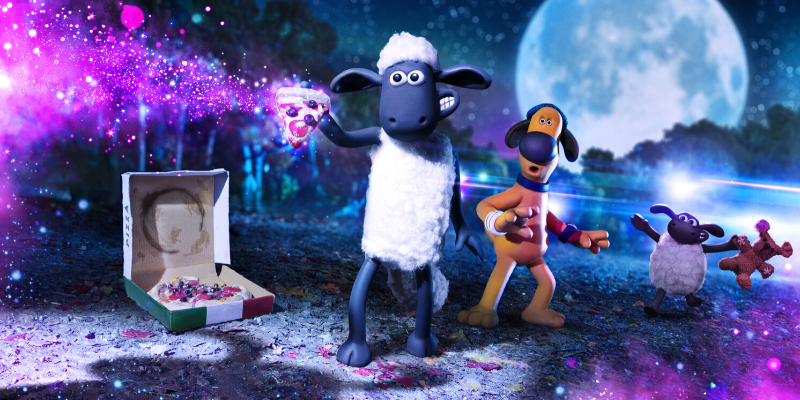 When an alien with amazing powers crash-lands near Mossy Bottom Farm, Shaun the Sheep goes on a mission to shepherd the intergalactic visitor home before a sinister organization can capture her.

Shaun the Sheep is a little scamp, constantly getting into japes and leading the flock astray. When an unidentified something lands nearby, terrifying a local farmer and his dog, little does Shaun know he’s about to experience his greatest adventure yet.

When a pizza foraging mission goes array, Shaun follows a trail of crusts to stumble across Lu-La, an actual real life alien from the planet To-Pa. Her ship has crash landed on Earth right there in Mossy Bottom Farm – and Shaun for one is delighted.

Lu-La has supernatural powers which are all fun and games until a combine harvester is destroyed and a field gets covered in crop circles. The Farmer decides to take inspiration from this unusual occurrence and sets up his own extra-terrestrial theme park called, you guessed it, “Farmageddon” – well, he has to raise the funds to replace his equipment somehow.

Alas, the locals aren’t the only ones interested in recent alien sightings. Agent Red of the Ministry of Alien Detection (M.A.D) is obsessed with extra-terrestrial life after witnessing some for herself as a child – and she’s hot on Lu-La’s tail. When Shaun and his new friend go back to Lu-La’s ship, they’re accidentally captured inside and taken to M.A.D HQ.

Also onboard is Bitzer, Farmer’s grouchy guard dog who’s following Shaun. He’s mistaken for an alien because of the costume he’s been forced to wear for the theme park opening. Lu-La and Shaun save him and – having learnt the truth about why she’s come to Earth – Shaun decides to help Lu-La get back to To-Pa.

Lu-La FYI is a child alien who accidentally stole her parents’ ship and careered it to Earth. Alas the trip, with Bitzer along for the ride, does not go according to plan and Lu-La is trapped at the farm. Heartbroken, Lu-La seeks comfort from usually mean old Bitzer while Shaun is devastated for his new BFF.

Will he ever get her back into her parents’ loving arms? Will Farmageddon be a success? And will Agent Red ever prove alien life truly exists, thus proving her childhood haters wrong wrong wrong?! 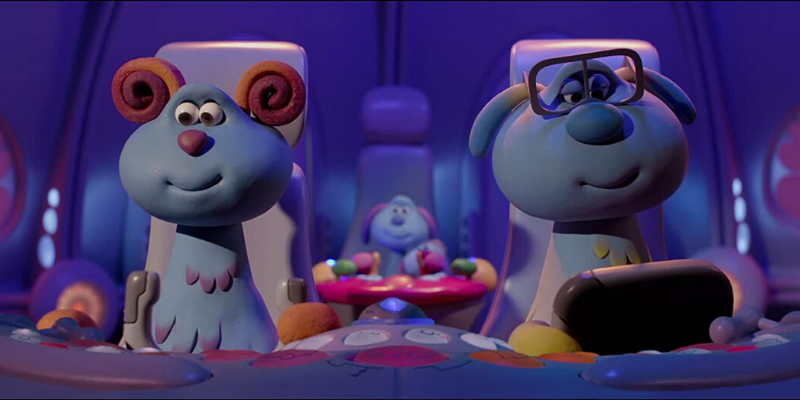 I mean, you can’t hate on something like this but I didn’t feel like there was much here for me – except for one excellent ‘bull in a china shop’ joke. That really tickled me.

It’s very much a children’s film with no dialogue and I found myself drifting away a lot. However, I was really touched when it seemed there was no hope for homesick Lu-La.

If this had been in the hands of Wallace & Grommit, and been just a tad more adult, even on the sly, then you’d have got me. Sorry Shaun.

What does my extra-terrestrial beauty think of this one? Would she risk everything to get it home or leave it to its own devices on the farm? Find out here.

4 thoughts on “A Shaun the Sheep Movie: Farmageddon”