I know I’ve gone on about Normal People a lot (here and here). I swear I’m not secretly Sally Rooney (I wish).

I just feel that the Hulu/BBC adaptation of Rooney’s novel deserves a mention because I loved it so much. The girls and I even had a Whats App thread about it, obsessively commentating on each episode as we absolutely rinsed it over a couple of days. For just a moment I pretended I was going to pace myself but I already knew, from the first few minutes, that that wasn’t going to happen – I did it in a day and a half, and I might have to go back and watch it all again to catch all the details a second time. 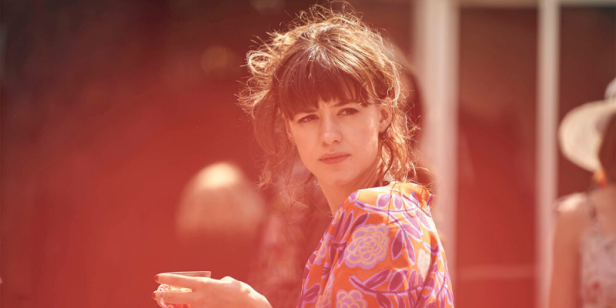 Follows Marianne and Connell, from different backgrounds but the same small town in Ireland, as they weave in and out of each other’s romantic lives.

Marianne (Edgar-Jones) and Connell (Mescal) are perfectly cast, I can’t imagine anybody else playing them now. While reading the book I don’t know what I pictured. I think Marianne was exactly as we see her, while Connell wasn’t quite as beefy, maybe less attractive – more Jack O’Connell/Taron Egerton (not that I don’t fancy both of them).

Both actors nail their parts and bring such a realness to their characters that I love them even more than I did while I was reading them. The story, which spans years, isn’t saturated with a lot of action. While the characters evolve and live full lives, this is most definitely a study in human emotion, rather than a rip-roaring yarn. I love it for that but essentially, everything and nothing happens.

Marianne and Connell meet in school and hook up despite their very different backgrounds. Marianne comes from wealth and comfort, Connell from a single parent home. Marianne’s mother was a victim of domestic abuse which, following the passing of her father, has permeated everything, leaving her mother cold and unfeeling. She turns a blind eye to the increasingly hostile behaviour of Marianne’s brother towards her daughter. Meanwhile, Connell’s young cool mum is loving and fully involved in her son’s life.

When the two start sleeping together however, it’s more the difference in their social standing at school that causes friction. Connell is hugely popular and part of the football team – Marianne has no friends whatsoever. So the relationship is destined to continue in secret and falls to its knees when Connell choose his reputation over his true feelings.

At Trinity College a short time later, the friends meet again and things have shifted dramatically. This time our girl is the popular one, enjoying the social aspect of university with her BFFs, Peggy (India Mullen) and Joanna (Eliot Salt) – and her new boyfriend. Connell this time, is the isolated one, struggling to find his place in the grand scheme of things. When they reunite at a party, things gradually start to heat up again.

It’s not long before the besties start sleeping together again but through a series of miscommunications and failure to say what they fucking mean – things flip flop from on to off again. And so it goes across the years, through new relationships and life experiences. There’s no doubt that they love each other but can they ever get it together and do it properly once and for all?

Well. I dare you to watch this and not cry your bloody bucket out. I felt every single jab of heartache and pain – and I think it’s around episode ten or eleven that I really started to lose it. This is a love story of course but it’s also about finding your place in the world and of choosing yourself.

Marianne deals with the trauma of her family life in increasingly dark and isolating ways, while Connell has his own cross to bear, following the suicide of a close friend. It’s real life but presented in such a gorgeously photogenic way, with the perfect soundtrack and dialogue that is has hardly been changed from the page itself. 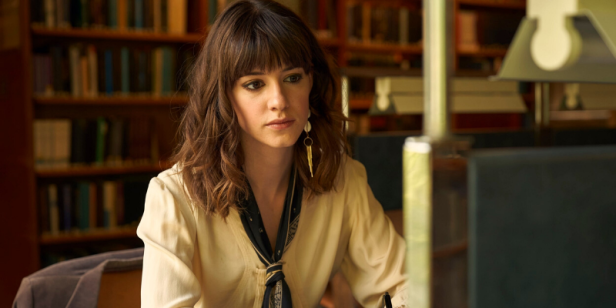 It is incredibly frustrating in parts – like – say what you mean people! But did we all have the words we needed when we were young? Did we know just what to say to stop the ones we loved from leaving? I didn’t, sometimes I wonder if I do now.

So I recommend this wholeheartedly. It’s beautiful and effecting, I can’t take my eyes of Daisy, who give me major Anne Hathaway vibes. Her wardrobe is absolutely breathtaking and she does doe-eyed waif well. The sex scenes it might be worth adding are really hot which doesn’t hurt the enjoyment factor. Since the relationship, at least to begin with, is based purely on shagging, there’s a lot of sex.

The shows captures those heady highs of being a hormonal teenager well but this is definitely a) more sexy and b) more advanced that my own experiences at the same age. Not many hot boys wanted a chubby ginger with an eye patch and a bad attitude, surprisingly.

I love the way the show ends – which is slightly different to the book – I think it suits Marianna very well and leaves it open for more if we want it. I don’t know if there are plans to follow this up and it’s perfect as it is but I wouldn’t be against meeting these characters again in a few years to see how they’ve fared.

Anyway, enough gushing. Check it out if you like well-made TV, attractive young actors and literary brilliance. 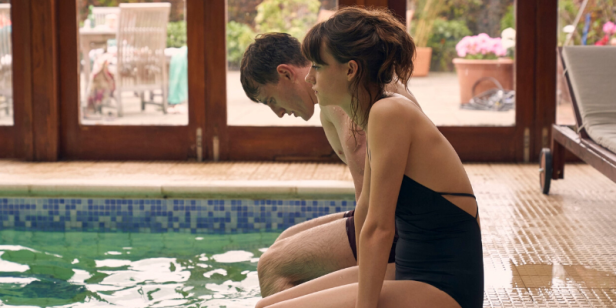