“There is no gate, no lock, no bolt that you can set upon the freedom of my mind.” ~ Virginia Woolf, A Room of One’s Own

On Sunday Boris is supposedly laying out plans to loosen the lock-down in the UK. I can’t truthfully say I have much (any) faith in our Prime Minister or his pasty minions so the thought that we might be about to slacken the reins on our new daily routine is terrifying. I can’t imagine ever going back to the way things were, just the thought of a lot of it brings me out in a hives.

Like traveling on the bus on a rainy day, rammed right into the corner of the back seat, fenced in by hot breath and bodies. It seems crazy that could ever be a thing again.

Ditto traveling too far away from home. I’m an anxious traveler as it is but the idea of being hundreds or thousands of miles from my own safe place makes me sick.

The same as everybody, I cannot wait to see my friends and squeeze the living shit out of them. I’d love to be able to walk to and from work and go to see a film, enjoy a coffee outside but I’m in no rush to get back to all of it. I can’t imagine voluntarily going into a heaving pub. I struggle with that at the best of times but in this new age it just feels scary. I don’t even know what I fear – everything maybe?

That’s not true. I’m scared of losing my loved ones most – and of accidentally infecting someone and being the beginning of their end. 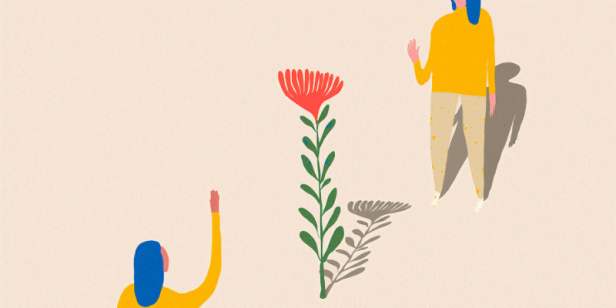 It just seems so irresponsible at this moment, with our death rates still up there, to even be contemplating a return to the life we used to know. We’re the worst in the EU because we allegedly acted too late and now we’re easing up too early? Damn right I’m scared.

And, I know I don’t know every person’s individual story or reason for being out and about – but looking at news reports and photographs of VE celebrations in affluent towns where nobody’s practicing social distancing – that makes me rage. (Maybe not just middle class neighbourhoods, but still). It’s so selfish – a real fuck you to the NHS/our carers/anybody who’s lost a loved one and likely not been able to say goodbye to them properly.

I choose to believe there is good all around us but sometimes I really despair of the general public*.

So we’ll wait to see what BJ says tonight and then I guess we’ll tailor our lives around it. I’ll do life because I have to but with my own social precautions in place.

Right now I don’t ever want to take the things I enjoy for granted but I feel like this has changed me, in good and bad ways. Maybe that’s my next blog post.

What do you think? God, I actually feel sick.

*Obviously I’m an incredibly flawed human being too but like most, I’m trying to adapt.