My friend and favourite fellow blogger, Christa asked me to write a guest blog for her blog (ahead of her Blogtober series) – on whatever I liked. She suggested lock-down as a subject – and being that I haven’t written very much on my own blog for a while, I’m glad she did. I’m not sure I’d come up with very much if left to my own devices right now.

To be fair to me, I do mostly write about new movies and books I’ve recently read – and for a good chunk of this year there have been no new movies (certainly not while the cinemas were closed), and I’ve just not been able to concentrate properly on a good book while all this has been happening.

If any of you have been checking in on my blog this year you’ll have already seen what I have been up to during lock-down, and the months that followed but I will try and do a round up for those of you who don’t know me, or those who just haven’t kept up with what’s going on with me.

It’s been a weird old year for me. Firstly, I moved house. The housemate I’d been living with since my last landlord died – forcing me to move out so they could sell my flat – needed some headspace and kindly gave me 6 months notice to move in October last year.

However, I managed to find an ideal flat within 4 months and moved out in February. Good thing too as come March we were all locked down. It was partly a really good thing I moved when I did, firstly because I think my housemate and I might have killed each other had we been forced to spend lock-down together 24/7, but also because if I’d left it any longer I might not have been able to move until, well around now I guess. Which would have been nearly a year rather than 6 months after he’d given me notice to move.

But going from living with my housemate, and having company whenever I wanted it, to suddenly not only living alone but also working from home full time too, it was rather isolating to say the least. I was grateful to still have a job though, when many people were either being furloughed or laid off completely. It meant my days still had structure, and more importantly, I still had something to DO for 8 solid hours each day. 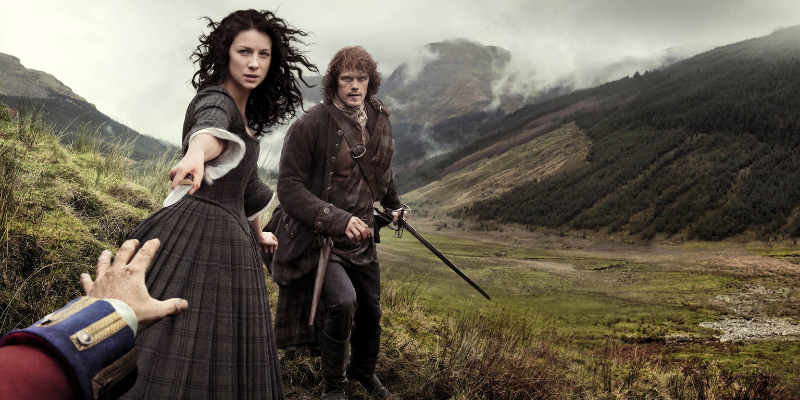 Some time ago, a friend of mine sent me the first series of a TV show she thought I might like – Outlander. I’d never got around to watching it and so thought now was the time. Within about 5 episodes I was hooked. I devoured all 5 seasons within 3 months and then started on the audio books – as I can listen to those while I work. I’m currently on book 7 of 8 and am thoroughly down the rabbit hole.

Three nights per week I simultaneously watch a show of our choosing and chat along with the group. So far we’ve worked our way through The Stranger, Dirty John Season 1, Unforgotten, Dead to Me, Wisting, Self Made, Good Girls, The Society, Knightwatch, The Golden Girls Season 1 – and most recently, Des.

I take part in Jay’s Virtual Pub Quiz on Thursdays and Saturdays with two different groups of friends.

Last but not least, I joined a ghost story writing course and met a fantastic group of women writers. We have now formed an off-shoot of the main group where we meet virtually two nights per week to do writing sprints – 10 minutes then a chat – 20 minutes then a chat/cup of tea – 30 minutes and then a final chat before signing off.

I cannot begin to tell you how much being a part of this group, and all of the others I mentioned, has meant to me during this mad, bad year. As well as having Covid to cope with I also lost my mum this year in her battle with dementia. All of the people I have mentioned above have helped to support me while I come to terms with her loss, all the while not being able to see anyone and get within 2m of them to give me a much needed hug.

I have no doubt I’d have lost my marbles this year if it weren’t for all the amazing people in my life keeping me sane. So I want to say a big shout out to those of you who have helped, no matter how small you think your contribution has been. It’s meant the world to me, so thank you.

How have you all been coping with lock-down?

Feel free to ramble at me like I’ve just rambled at you all. You’ll find me at Lady K’s Movie Dialogue.