I missed this reboot/remake/re-imagining/rehash of the mighty Black Christmas (1974) at the end of last year. I wasn’t too mad about it given the terrible reviews it received and the IMDB rating of just 3.2 (which by IMDB standards is really fucking low) – but I found it streaming at the low price of £3.49 on Google Movies and I thought I’d treat myself.

And… I don’t really understand the bad wrap it’s had. Oh but wait, no actually, I totally get it – I’m guessing most of the reviews were written by men. Let’s discuss it shall we? 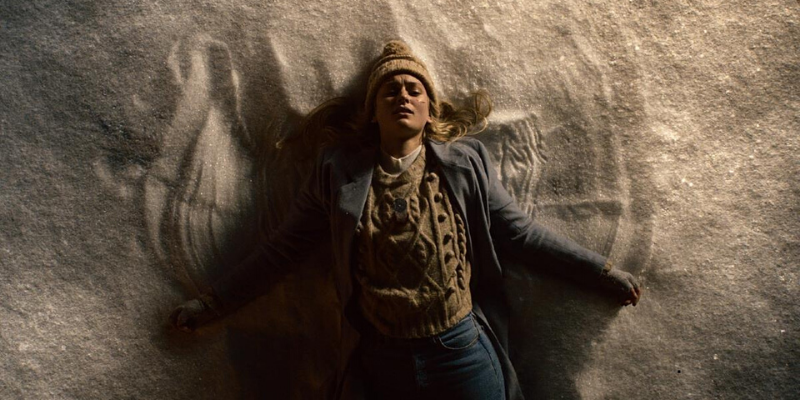 A group of female students are stalked by a stranger during their Christmas break. That is until the young sorority pledges discover that the killer is part of an underground college conspiracy.

In comparison to the original, of course this movie barely stands up. In comparison to the 2006 remake it’s the bloody Godfather. For what it is though, I thought it had some decent performances, a few solid scares and enough about it to be an enjoyable way to spend 92 minutes on a Sunday afternoon.

We start with the stalking and eventual slaughter of a sorority girl on her way home for the holidays. As she walks through the night, she starts to receive increasingly hateful DMs from what seems to be the founder of the college himself. Is the man walking worryingly close behind her responsible? While she prepares herself to fight (keys between knuckles, all too familiar, am I right girls?), he disappears – but is the threat really in her mind or about to take her down forever?

We all know why we’re here so won’t be surprised when it doesn’t end well. It seems the threat is all around actually as a couple of girls go systematically missing from campus. For the moment their disappearances remain undetected, given the fact Christmas break is upon the university and most people have returned home for the holidays – or are about to.

Still around are Riley (Poots) and her sorority sisters; Kris, Marty and Jesse (Shannon, Donoghue and O’Grady, respectively) who all share a house. Riley is no stranger to trauma, having been sexually assaulted by frat boy Brian earlier in the year and having to deal with the abuse that’s followed. It’s no surprise to learn that her accusation has fallen on deaf ears and she’s reticent to continue with legal action. 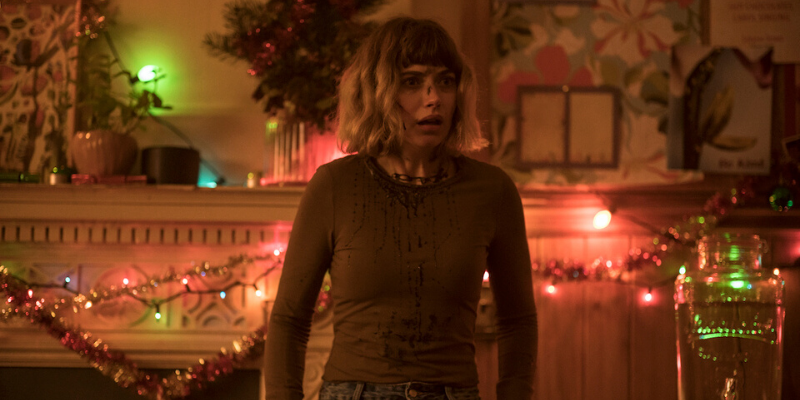 However, Riley gains strength from her sisterhood, who aren’t about to keep their mouths shut about anything. Kris in particular is verbal about inequality and injustice – and is currently in the process of trying to get Professor Gelson (Cary Elwes) fired from his post for being a misogynist pig. Much to his delight.

During a musical performance in front of the frat house (including Brian, who’s back for Christmas), the girls poke satirical fun at campus date rape which seemingly pisses off the boys – especially when a direct conversation between the women afterwards makes it onto the inevitable video footage, which in turn goes viral. Threats start to come in and more girls go missing – including fellow sister Helena (Madeleine Adams) who’s failed to turn up at her mom’s house. It seems the frat hazing has taken an even darker tone and the girls are left to fight for their lives.

The feminist messaging is very heavy-handed I’ll give it that but this is a slasher directed by a woman saying things that still need to be said. I’m pissed off that this is probably why it got all the flack. I’ve read reviews that say the characters aren’t very well-rounded but given the timescale in which we have to get to know them, I feel like a fair amount of attention has been given to their personalities.

There’s a supernatural element to the story that is obviously ludicrous but it’s having fun and it wouldn’t be as fun if there wasn’t a truthful element to it. I’d have liked more gore but I enjoyed myself and was rooting for the sisters who are less concerned with bitching amongst themselves than with lifting each other up – and fighting tooth and nail for their right to survive.