This man needs little introduction honestly – but he does have his own (Academy Award winning) theme tune to do the job for him so, it would be rude not to share it – see end of post.

END_OF_DOCUMENT_TOKEN_TO_BE_REPLACED 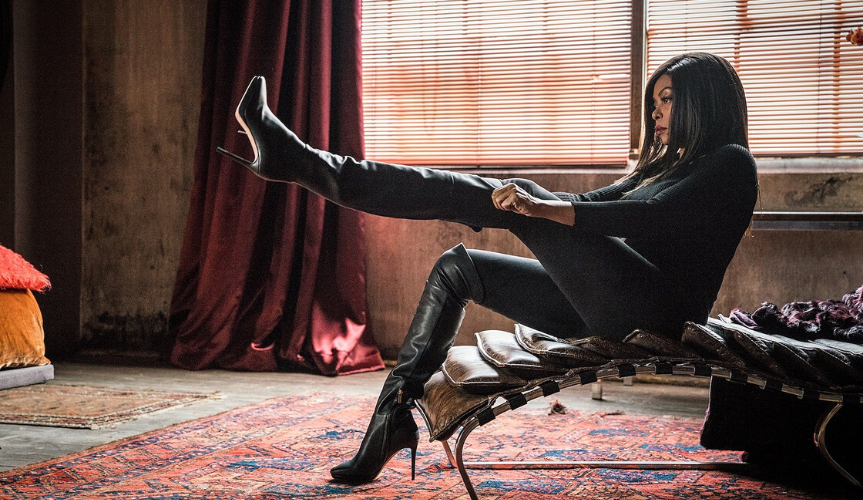 A modern twist on the blaxploitation movies of the 70’s, starring Taraji P. Henson? Uh, where do I sign?! – is what I thought when this popped up on Netflix. I can’t say it quite lived up to my expectation though.

Mary is a hit woman working for an organized crime family in Boston, whose life is completely turned around when she meets a young boy whose path she crosses when a professional hit goes bad.

When Mary (Henson) pops a dude called Marcus, she’s devastated to discover he has a young son, now an orphan because of her. So much so that, a year later, she’s following him behind the scenes, keeping an eye on his movements.

Unfortunately, due to further tragedy in his life, Danny (Jahi Di’Allo Winston) is now all but living on the streets and running drugs for Uncle (Xander Berkeley), a no-good low life bastard.

When Danny, following a violent tussle with Uncle, takes a nap on a bench, he’s robbed. He tries to retrieve his stuff but concussion gets the better of him and he passes out. When he wakes up, he’s with Mary in her very nice pad. She patches him up but discovers he’s covered in scars, from new and former injuries. She demands to know if Uncle is responsible and when the answer appears to be a resounding “duh”, she runs off to teach him some goddamn manners.

Of course this doesn’t end amicably, and with Uncle shot to shit by the lovely Mary, some questions arise from the street. Like, who’s responsible and why? Mary runs with a crew headed by Benny (Danny Glover) who are blamed by Uncle’s side for the murder, assumed to be about territory.

Benny denies this and just about manages to keep peace between the warring sides by vowing to catch the person responsible for Uncle’s death. Benny’s son Tom (Billy Brown) – who is also Mary’s ex – grows suspicious of Danny hanging around with Mary and notes discrepancies in the story of where he comes from.

Meanwhile, Mary and Danny grow closer, and our girl starts to plan her escape from this life she’s built for herself. But will Benny let her go? And will Tom put two and two together – and work out the truth about Danny and Mary’s part in Uncle’s slaying?

Likewise, will how will Danny take the news that Mary was the original harbinger of death, and took her father from him too soon?

Boring! This movie is so incredibly dull and it’s inexcusable given its lead actress. I mean, PM brings nothing to the table and there’s so little characterisation, I can’t believe I was expected to care about any of them. Danny’s a kid whose been through it and even he doesn’t elicit much sympathy.

Meanwhile Mary isn’t given much to work with either. There’s just no chemistry anywhere and the rival crime families are so 2D it isn’t even funny.

That’s it. I’m deeply unimpressed and perhaps the only positive thing I can say is that Henson looks fucking cool with a semi-automatic weapon… and she has a lovely bathroom.

What does Wifey think of this one? Would she stop this one in its tracks point blank or leave it to the streets? Find out here. A few words on what I’ve been watching at the local multiplex.

A Beautiful Day in the Neighborhood

Based on the true story of a real-life friendship between Fred Rogers and journalist Lloyd Vogel.

I loved this and I don’t mind admitting I was caught off guard by how much. As a UK dweller, there’s not much I know about Mr Rogers but Tom Hanks brought him to life up there on the big screen, and with an edge too.

But this tale is more about Vogel, and his inner rage and deep sorrow. A feud with his absent father has him emotionally damaged and unable to move on, which is kind of a problem now he’s a brand new dad himself.

When he’s sent to interview Mr Rogers for a fluff piece, things escalate and the big man’s infinite kindest and patience (or so it seems) bring out the truth. Can Vogel move on? And is Mr Rogers for real?

Well, I cried like a baby for most of this – it’s deeply beautiful and although Rogers isn’t the central focus, Hanks nails his scenes. Matthew Rhys is wonderful too with excellent support from Chris Cooper. My favourite film so far this year and in a season full of bangers, that’s no mean feat.

A couple’s first date takes an unexpected turn when a police officer pulls them over.

Wow. What a ride! Absolute babe Daniel Kaluuya teams up with Jodie Turner-Smith in this modern day Bonnie and Clyde story – and I was in 100%.

That makes it sound much lighter than it actually is though – and light on subject matter this is not. We’re dealing with deep-seated racism, police brutality, revolution – and it’s beautiful. Shocking still, unsurprising, brutal – there’s a lot to unpack.

Queen (Turner-Smith) and Slim (Kaluuya) enjoy a slightly awkward date that probably isn’t destined to lead anywhere. Except, on the drive home, the pair are pulled over by a prejudiced (white) cop. You can see where this going.

When the situation escalates, with Queen injured and the pig dead, accidentally, at Slim’s hand – we’ve got ourselves a couple on the run. And so begins a dramatic road trip as Queen & Slim find themselves the unintentional poster children for black power. Will they make it to safety and crucially, is this even love between them?

This is a sexy film, with dynamite leads to root for. It’s heartbreaking, angry, simple, stunning and everything about it slaps hard. I really enjoyed the caustic Queen and everything about the dialogue between them. There’s a line Slim utters when Queen asks him what ‘Ride or die’ even means:

A poor family, the Kims, con their way into becoming the servants of a rich family, the Parks. But their easy life gets complicated when their deception is threatened with exposure.

This is the film I was most looking forward to during awards season. Bong Joon Ho already won me over years ago – uh, hello Memories of Murder – so I knew I’d be in for a treat. Not to mention the fact it’s a rarity for non-white, non-american movies to get a look in on most awards lists and I was excited to see how it would be received.

Parasite is spot on. Dark and twisted, sure but funny too. The plot just keeps giving, rendering you speechless at points, devastated at others and hoping against hope for a happy ending. Mostly it examines the South Korean class system and compares the life of two very different families: the haves and the have-nots.

In a nutshell, the Kims are barely getting by. Living dejectedly in a poor neighbourhood, doing what they can to feed and clothes themselves, fortune changes when son Ki-woo scores a tutoring gig for a wealthy family: the Parks.

It’s not long before the rest of the Kims – sister Ki-jong, and mum and dad Ki-taek and Chung-sook – have secured well-paid positions within the family too. But things take a batshit turn when a usurped former member of staff shows up one rainy night… and that’s all you get from me.

I loved this so much – it’s the director’s second best film – and I am beyond stoked it swept the board at the Oscars. It’s just a shame none of the incredible actors were even nominated.

Stand-outs for me are, of course Joon Ho regular Kang-ho Song, the flawless Yeo-jeong Jo who plays the Park’s gullible but lovely matriach – and So-dam Park who plays the Kim’s daughter Ki-jong. Housekeeper Moon-gwang (Jeong-eun Lee) pretty much steals the show though. 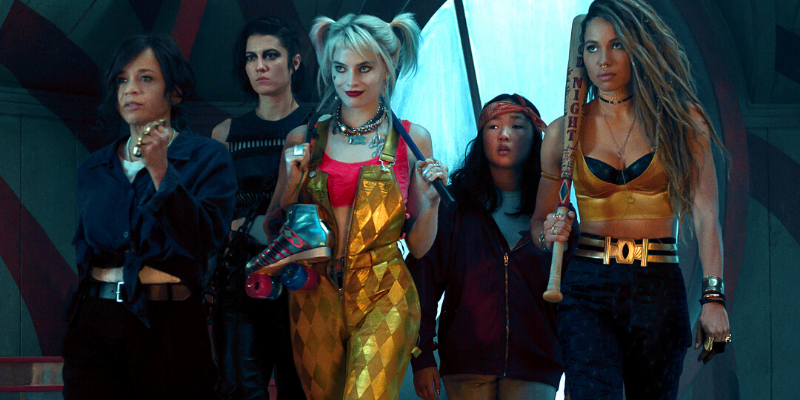 Birds of Prey (and the Fantabulous Emancipation of One Harley Quinn)

After splitting with the Joker, Harley Quinn joins superheroes Black Canary, Huntress and Renee Montoya to save a young girl from an evil crime lord.

Last but by no means least, it’s fun times with Miss Harley Quinzel. Honestly this was a total trip from start to finish. I laughed a lot, absolutely relished the aesthetic and loved the soundtrack. This is everything Suicide Squad should have been but could never.

Sure, there’s not that much to it. Harley (Margot Robbie) has broken up with the Joker (good riddance), and she’s letting go and moving on. Except being the Joker’s girl affords a certain immunity, a safety from the consequences of her erratic actions and without that, Harley finds all her nemeses crawling out of the woodwork, ready for payback. Including would-be king pin Roman Sionis (Ewan McGregor).

But Harley’s nothing if not resourceful and she cuts a deal with Roman to find a very valuable diamond that’s been nicked by a young pickpocket. Along the way she also meets the mysterious Huntress (Mary Elizabeth Winstead), nightclub songstress and badass Dinah Lance (Jurnee Smollett-Bell) – and criminally underappreciated cop Renee Montoya (the legend Rosie Perez).

Will girl power out when Roman turns on them all? Well what the fuck do you think?

I want to watch this all over again because it’s actually good, which is credit to its female director (Cathy Yan) and female writer (Christina Hodson) – AND producer Robbie. It’s so refreshing to see strong, sexy women on the big screen who aren’t being solely sexualised. It’s the difference between Zack Snyder directed Wonder Woman and Patty Jenkins directed Wonder Woman. Anyway, I want more please.