We’ve inadvertently turned January into a music themed month and I’m not mad at it. Music is something you can always count on, whether you want it to make you cry, to make you feel like dancing or to remind you of a certain period in your life.

Life right now could be described as rather bleak – and horrifying, if you’ve been watching the news (looking at you, USA, UK and the Republic of Ireland) – so to spend a bit of time with a nice boy who’s just discovered The Boss seems like a decent distraction.

I have to admit here that I didn’t – and still don’t – know much about the man himself and that’s probably not very good. Although a few years ago, one of my younger girlfriends asked me who Bruce Springsteen was so at least I have one thing going in my favour. Also, when I was doing my Media Studies A Level, we made a documentary about eating disorders set to, for no good reason, The Streets of Philadelphia – and won an award.

In England in 1987, a teenager from an Asian family learns to live his life, understand his family and find his own voice through the music of American rock star Bruce Springsteen.

DISCLAIMER: I saw this in the cinema and sat down this afternoon to re-watch it. I only got a quarter of the way through and am relying on my memory for the rest of it. I’ll go into why I stalled in the thoughts section. It might have had something to do with watching Martyrs before breakfast as part of my self-inflicted New French Extremity project, I just don’t think I had the mental endurance for anything else.

Javed (Kalra), or J, dreams of a life outside Luton. Best friends from a young age with his neighbour, Matt (Dean-Charles Chapman), he’s an introspective lad who documents all his thoughts and feelings in his diaries – and sometimes writes political (and somewhat) depressing songs for Matt’s band. J has never been kissed and loves his family, though against the backdrop of Thatcherite Britain, times are tough.

J’s father Malik (Kulvinder Ghir) disapproves of Matt, rock music and girls, imploring his son to stick with the Jews as they know what they’re doing (to paraphrase). He’s hard on his children and dreams of more that just factory work for Javid. Malik finds himself on the wrong side of mass redundancy from his job at Vauxhall Motors. In a really heartbreaking moment, Malik’s kids and wife, Noor (Meera Ganatra) watch the news reports on TV and Noor assures her family that her husband has been there for years and done everything they’ve ever asked of him, so should be fine.

On his first day of sixth form, J develops a crush on spunky Eliza (Nell Williams), befriends the only other south-Asian person there – Roops (Aaron Phagura) – and catches the eye of his new English teacher, Ms Clay (Hayley Atwell). At lunch, Roops slides two Springsteen cassettes across the table – and tells J to guard them with his life. On the night Malik is made redundant – and J sees his dreams of escape slip further out of reach – he sticks on one of the tapes and BOOOM. His life with never be the same again.

Meanwhile, Noor is working her fingers (literally) to the bone to bring money in, not only to keep the family afloat but to pay for J’s sister’s (Tara Divina) upcoming wedding. Malik is growing more an more aggravated by his situation. J takes a job on the market with Matt’s dad (Rob Brydon) and sets his heart on becoming a writer. He writes and then throws away a poem that slags off the National Front, who are planning a local march. His neighbour, a WWII vet finds it and tells him it’s brilliant. Unfortch, his family are less than enamored.

As racial tensions escalate, Malik’s employment situation looks bleak as fuck and J finds his voice – via Springsteen’s – will he finally work it all out? Will he get the girl, reach for his dreams and keep his family sweet, despite everything?

This is not a bad film, I just didn’t feel like sitting through it again. I don’t think it’s the feel-good romp I hoped it would be second time around and that might be its strength (for some) – or its downfall (for me, this week anyway).

I feel like all the family bits, set against the political history of the time, were what were missing from How to Build a Girl. So it gets a lot right but it felt very long and I think it matters that I’m not into The Boss. Something at the heart of it didn’t click for me and I wish that weren’t the case. I also think that there have been a lot of films of this ilk that are better and more fun, even when breaking your heart. Looking at you, Billy Elliott. Also, East is East.

I absolutely appreciate however, the time spent with J within his family unit, and the insight into the pressure he’s under as the only son. Torn between pleasing his traditional family and branching out on his own, J is doomed either way. Or could be, if something somewhere doesn’t give, just a little.

I feel massive sympathy for our central character so I was rooting for him to overcome, I just wanted it to be little cleverer and a little funnier.

I do somewhat blame Pascal Laugier for putting me through my paces before I put this on. Perhaps if I’d viewed them in a different order, I would have had more strength to complete this bad boy again.

NB: Reader, she later watched Soul and spent the rest of the evening sobbing. It just wasn’t a good day for BBTL.

What does my beloved think about Blinded by the Light? Would she serenade it in the marketplace without a care in the world, or tell it to STFU? Find out here. 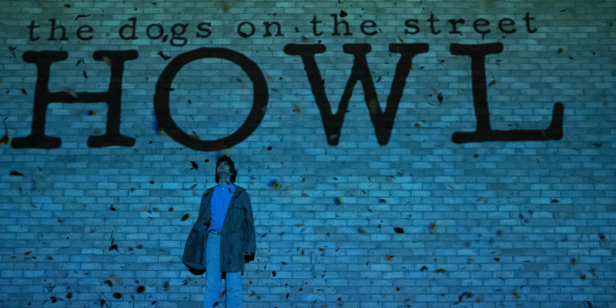 6 thoughts on “Blinded by the Light”